Leitner, crowd-moving innovation
A multinational company with its heart in South Tyrol

Moving people. Vertically or horizontally, whether flying over seas or climbing snowy peaks. All around the world. There is no continent that does not feature the lifts, cable cars, underground railways or people movers of the Leitner Group, a multinational company whose heart has been beating, for 130 years, in Vipiteno, South Tyrol. And yet, 2018 was an especially important year for the company, marking as it did the moment the group exceeded one billion Euro in turnover. This important milestone was celebrated in true Leitner style, with President Anton Seeber gathering all the company’s collaborators to make the announcement. 2017 had closed at 873 million Euro, and the following year’s 16% growth allowed the Group to surpass the long coveted threshold – to be precise, one billion and twenty-one million Euro.

From cableway installations to wind plants

This was an important figure for the worldwide leader in cableway installations (Leitner Ropeways and Poma), in snow groomers and tracked utility vehicles (Prinoth), in snowmaking machines (Demaclenko) and in wind turbines (Leitwind).

“We are extremely proud of this result,” commented Anton Seeber, “and yet, with all due humility and keeping our feet firmly on the ground, it is worth noting that other factors, in addition to turnover, also confirm the company’s health and sustainable growth. To have grown considerably is not just our turnover, but also the investments poured into research and development (24.4 million Euro) and into capital goods (24.8 million), as well as the number of collaborators who work with us (3,500).”

Other figures worth mentioning are the Group’s 11 production sites, 65 subsidiaries and 132 service centres spread across different continents. Particularly significant are the hundred or so cableway installations built in 2018 by Leitner Ropeways and Poma, and two iconic projects in particular: the lift on the Kleine Matterhorn, having the highest top station in Europe at an altitude of 4,000 meters, and the Caribbean’s first urban cable car system, in Santo Domingo.

Toward the Alpine World Ski Championships in Cortina

2018 was a memorable year for Leitner, but 2019 promises to be just as successful, with prestigious projects such as those in Voss, Norway (Scandinavia’s first tricable ropeway), in Zuhai, China (three interconnected tricables), and in Medellin, Colombia (the city’s newly inaugurated sixth urban cable car line), as well as the commencement of works on the Alpine Crossing, a cable car providing a link between the Swiss and Italian side of the Matterhorn.

Prinoth has also been enjoying considerable growth, both in terms of snow groomers (as technical partner of the World Ski Championships in Äre and Seefeld, of the upcoming Alpine World Ski Championships in Cortina and of the Beijing Olympics) and, increasingly, in terms of multipurpose tracked utility vehicles, particularly overseas, and of other tracked machinery designed for vegetation management, manufactured in the Group’s German production site. In the meantime, an incline lift has just been inaugurated in Finland’s ancient city of Turku, 2011 European Capital of Culture, which connects the city with the Kakolanmäki Hill. The project, of course, bears the name of Leitner, the company that has been moving people for the past 130 years.

Tell us your innovation story
Related

The glass of the future: made of silicone, with an in-build chip

Blum is a communication company skilled in innovation. We generate business and open innovation opportunities by combining three fields of action:

1. Corporate communication, strategy and tools
We analyse our clients’ potential and build tailor-made editorial plans. We create contents by extracting value from their stories. From magazines to blogs, from videos to social networks.

2. Press office & media relations
We are information professionals, part of a continuously developing international network of contacts. Web, print media, radio and TV: we transform our clients’ stories into news.

3. Events & lead generation
We project PR strategies and online, onlife and face-to-face events. We rely on professional skills and expertise in the exhibition and event industry.

We are a multidisciplinary team with specific competences in the fields of communication, event planning and business matching. 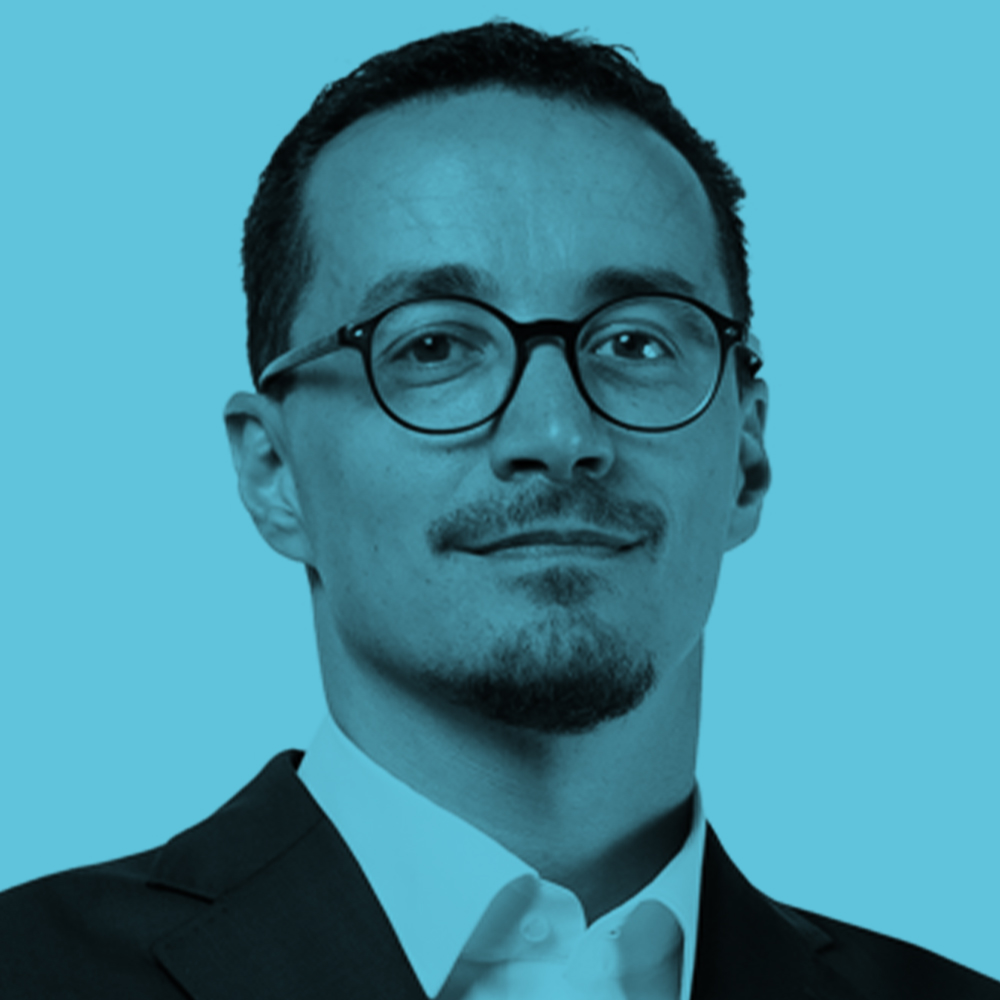 Founding partner
Journalist and co-founder of Blum, passionate about innovation, entrepreneur, TV presenter, teaches journalistic language at the University of Padua. Worked for over 10 years at RCS, contributing to the creation of Corriere Innovazione. Consultant for companies and institutions operating in the field of research and technology transfer. His mission is to build bridges and connections. By all means necessary.

Founding partner
Journalist and co-founder of Blum, years of experience in print media. For over ten years, has been helping organizations to leverage their communication to stimulate business. Through training and research, he accompanies professionals and companies to improve themselves through communication strategies and practices that generate tangible results. 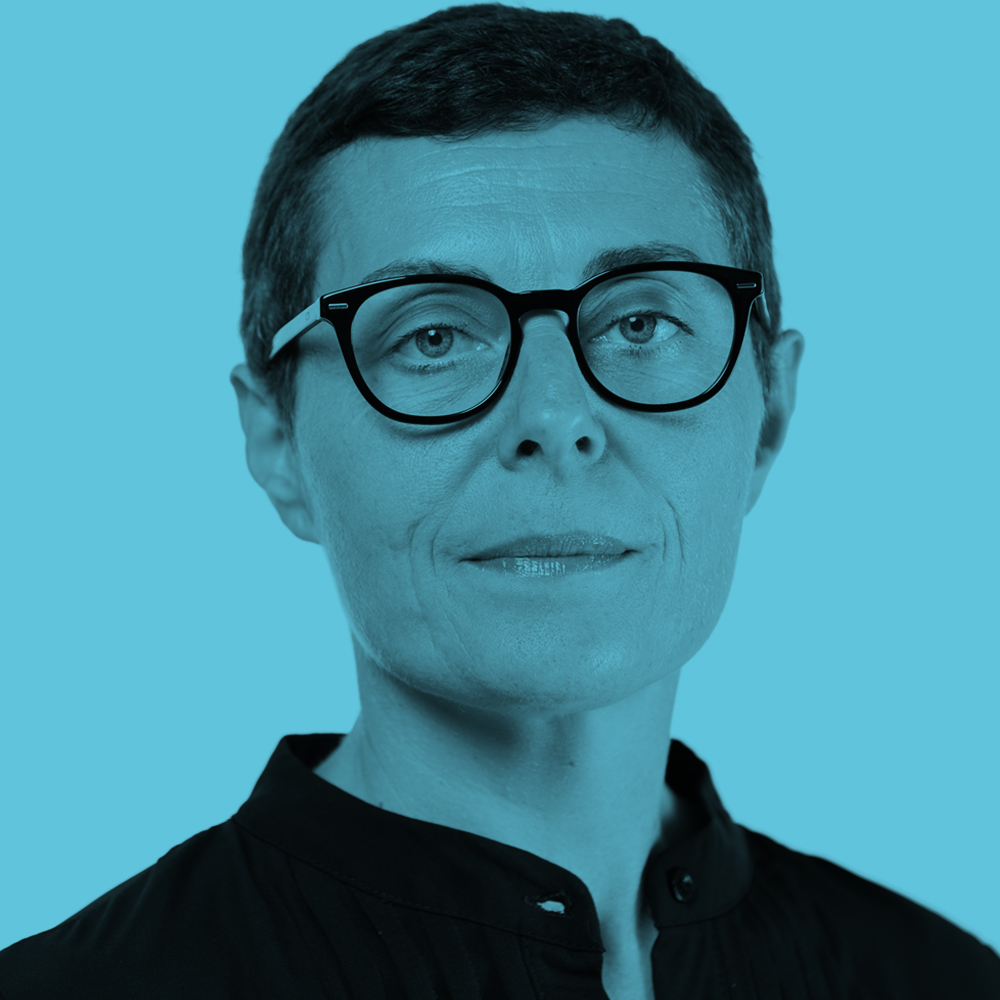 Founding partner
PR professional and co-founder of Blum, dealing with the planning and execution of networking events and strategies for more than twenty years. Worked for ten years in the marketing management for RCS. Passionate about innovation, contributed to the creation of Corriere Innovazione. Believes in the value of relationships and synergies to develop sustainable businesses. 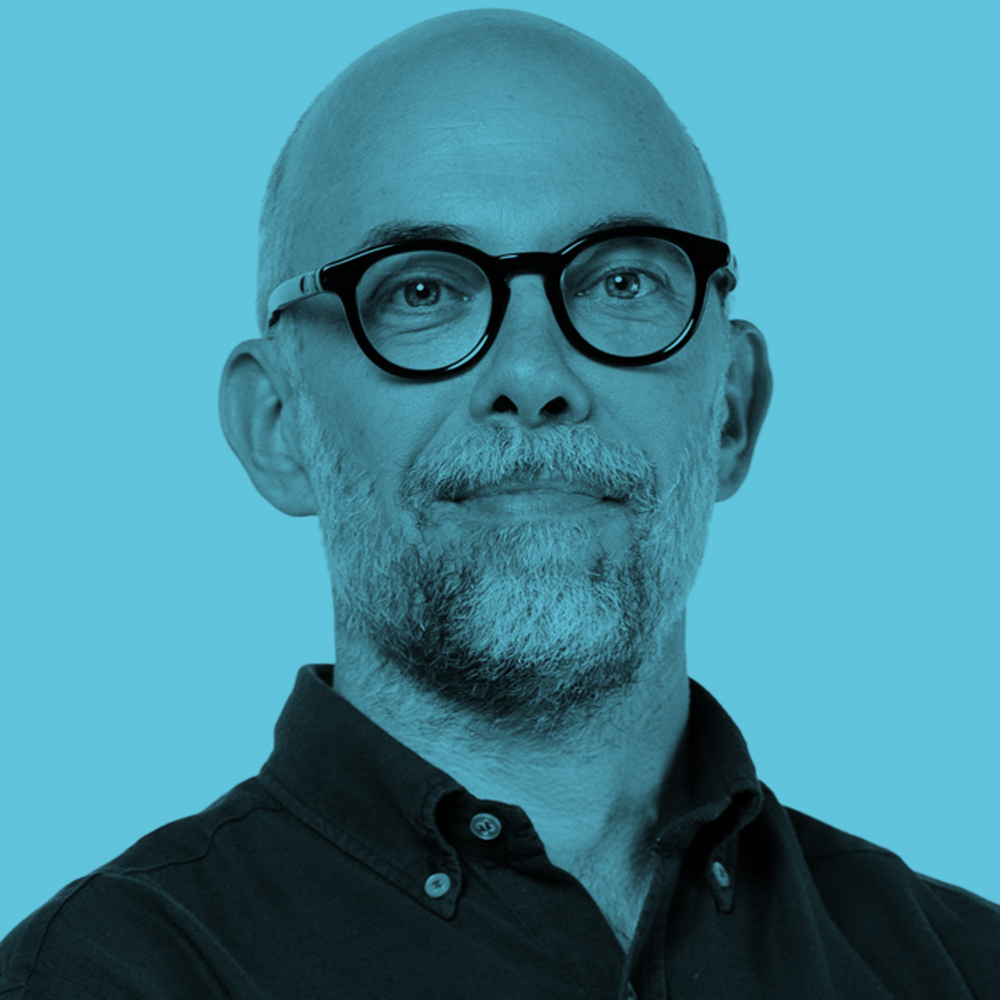 Head of content & media relations
Journalist, at Blum since 2017, coordinates the editorial operation, carrying out strategic consultancy work for clients as well as media advisoring. Devises cross-media editorial plans and manages media relations at national and international level. For thirteen years an editor for the Corriere del Veneto (RCS). Degree in foreign languages and literature. 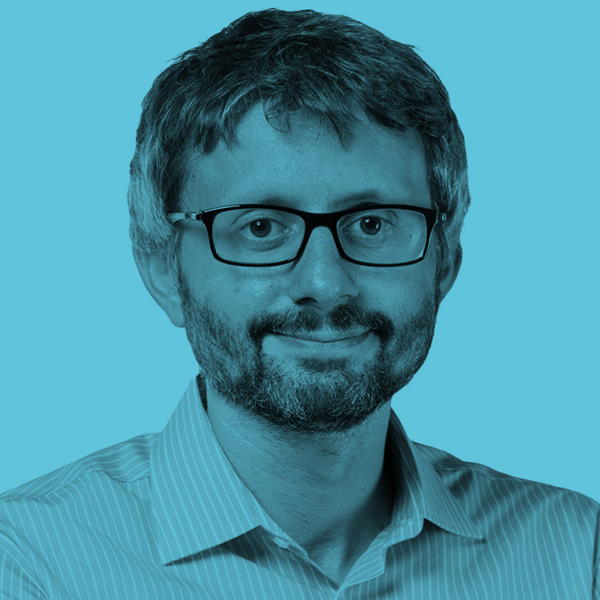 Content & media relations strategist
Journalist, at Blum since 2014. Creates, elaborates and coordinates cross-media editorial projects. Has worked with numerous newspapers, including Il Mattino di Padova and Corriere del Veneto (RCS). Is also the spokesman for the rector of the University of Padua. Holds a degree in communication and a master’s in journalism. 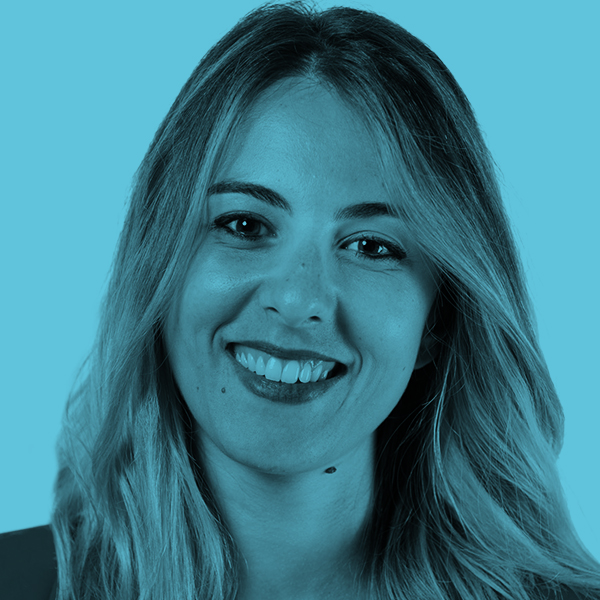 Content & projects strategist
Journalist, in Blum since 2018, coordinates cross-media editorial projects and carries out media advisoring for companies. Writes about innovation, work and sustainability for newspapers and magazines in the relevant fields. A graduate in communication, with a master’s in social, political and institutional communication management and master’s in journalism. 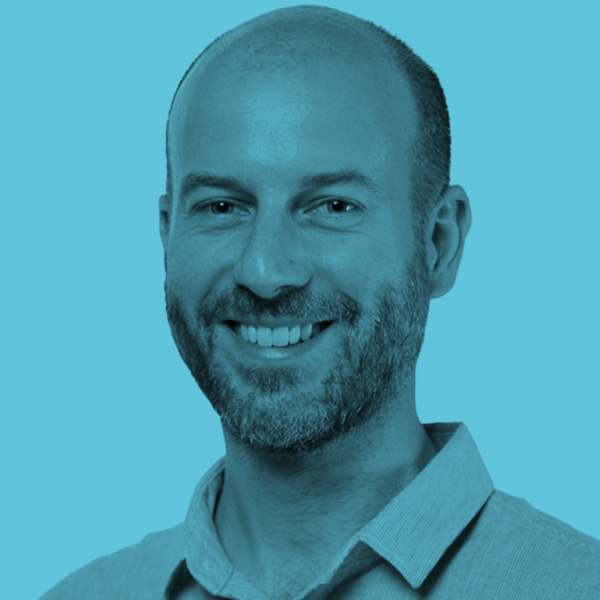 Content & media relations strategist
Journalist, at Blum since 2015, coordinates cross-media editorial projects and carries out media advisoring, press office tasks and media relations. Contributed for ten years as a freelance to numerous publications, such as Corriere del Veneto (RCS). Is among the promoters of the “Working Title Film Festival” and has directed two documentaries. A graduate in communication. 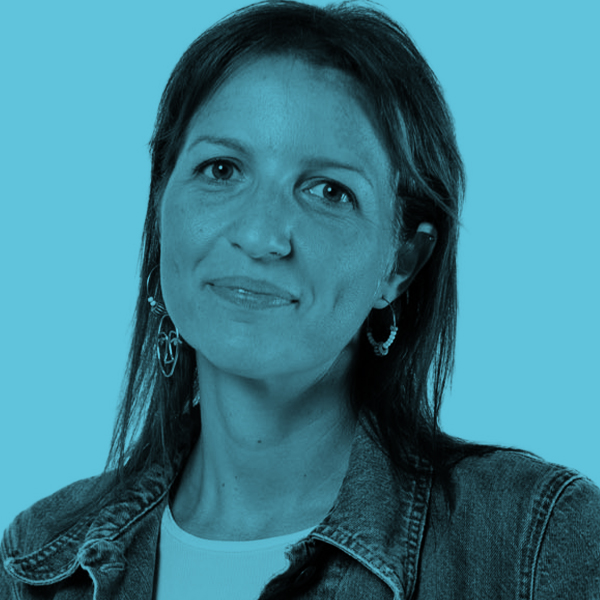 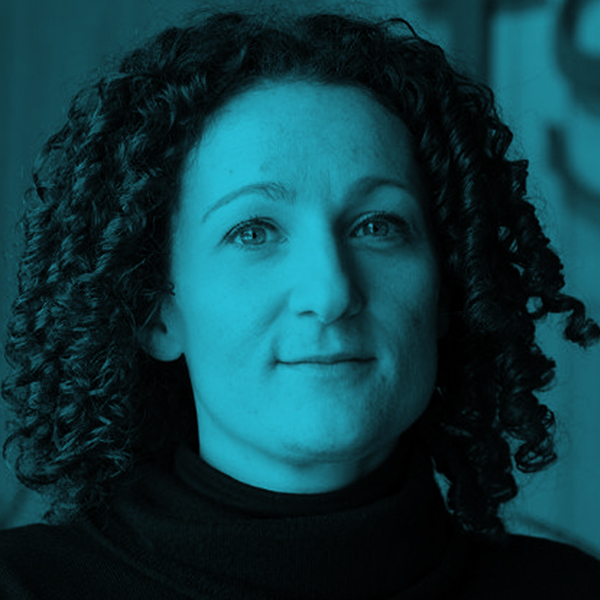 Media Relation Specialist
Press officer and communicator. She manages relations with national and international media, dealing with press office and communication strategies. She has worked for important companies in the fashion, automotive and financial sectors and collaborated with relevant marketing and communication agencies. Graduated in Foreign Languages and Literatures, she has a Master’s in Corporate Communication. 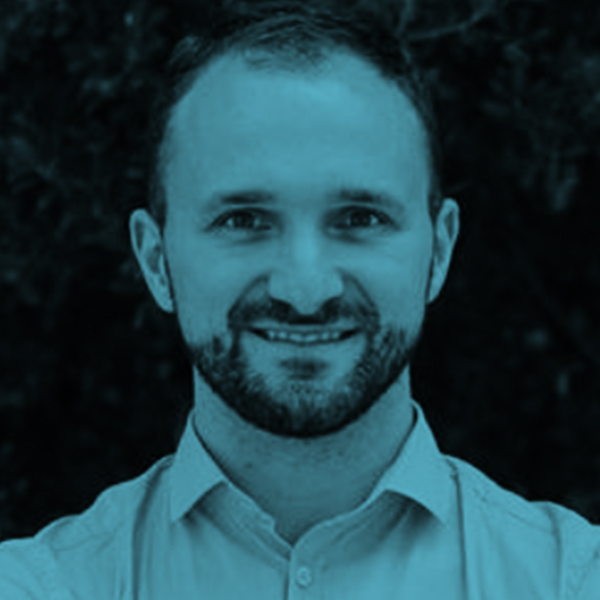 Innovation content specialist
Freelance journalist, expert in innovation, startups and tech, carries out contents, news and social communication. Since 2018 editor at StartupItalia. Experience in environmental journalism: editor in Rivista BC and social media manager and editor at FIAB. A graduate in history and a master’s degree in journalism. 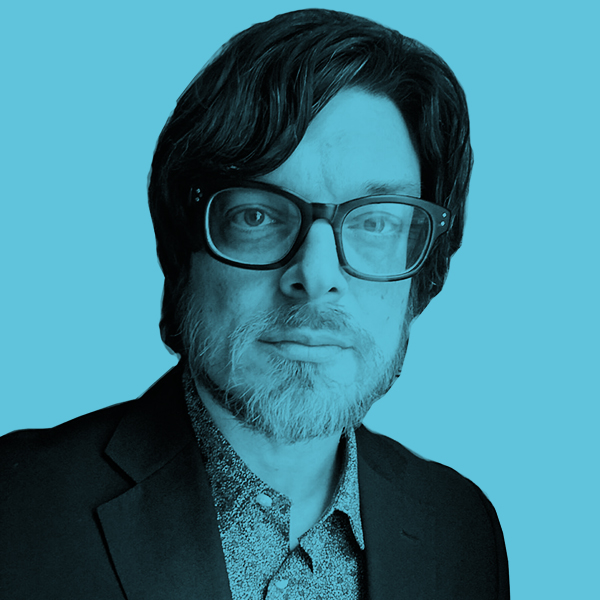 Content & media relations specialist
Skilled as freelance journalist and copywriter, he is responsible for content strategy, content production and media relations. Worked in the field of cultural heritage, contributed as a freelance to numerous publications, such as Il Sole 24 Ore, and gained experience in media relations as a freelance and working for communication agencies. A graduate in contemporary history. 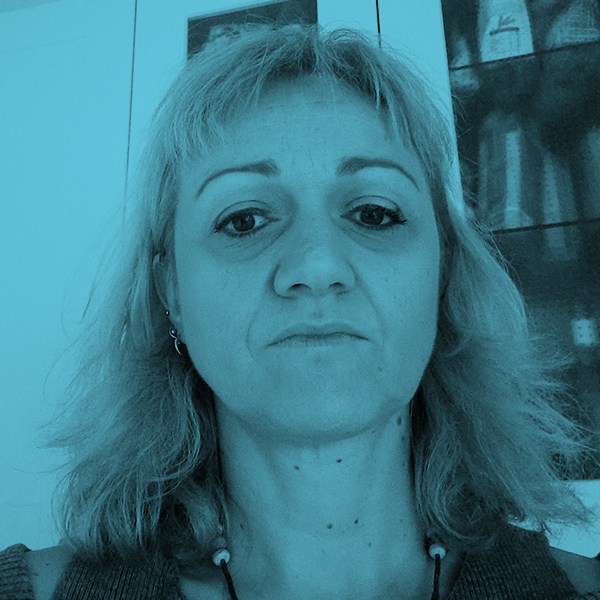 Media relations specialist
Journalist and communication specialist. She deals with media relations, press office, and communication strategies. For 20 years, she has worked for several publications, ranging from the printed press to the web and press agencies. Her main experiences include the publishing group E Polis and the agencies LaPresse and AdnKronos. She has a degree in classical literature. 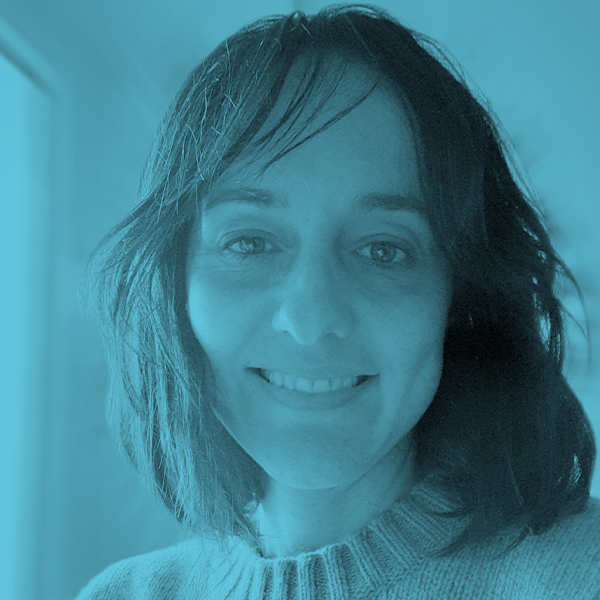 Content & media relations specialist
Communicator and copywriter creates, elaborates and coordinates cross-media editorial projects and carries out media advisoring, press office tasks and media relations. She has extensive experience as a press officer in the contemporary art field. She has a degree in Modern Literature and a qualification in economics and management of museums and cultural services. 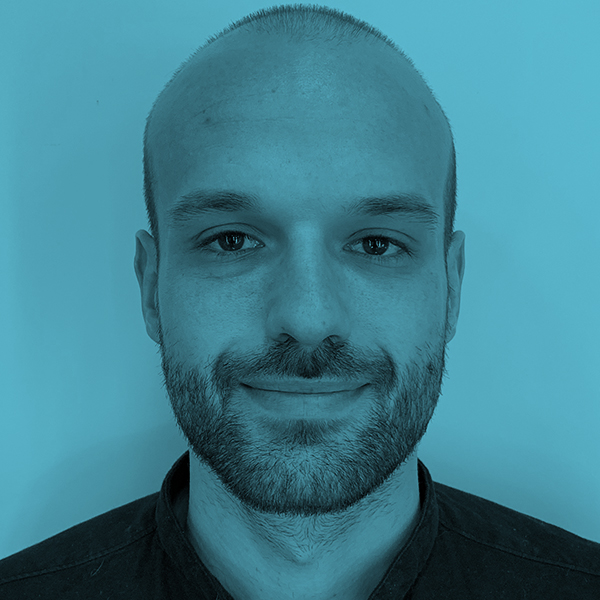 Content specialist
Skilled in media analitycs. Former live-team-supervisor and editor at the sports news platform spox.com, then marketing manager at Pro-Tec Italia before working as a freelance journalist at Salto.bz. Degrees in translation studies as well as media and communication. 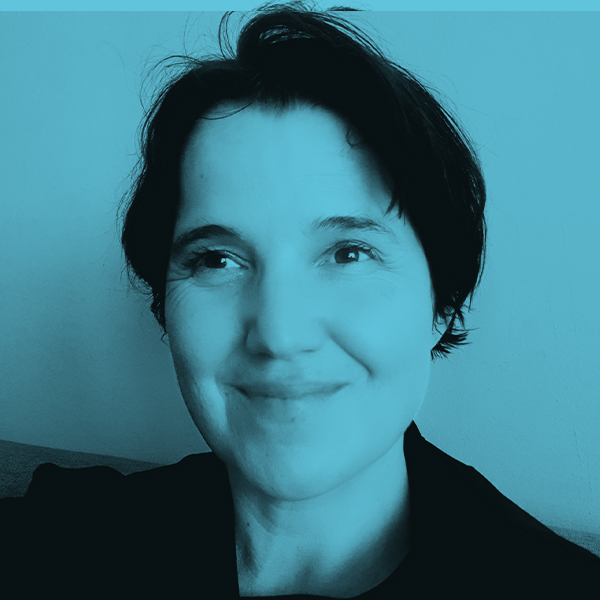 Content specialist
Journalist, all-rounder in print, TV and internet, focus on business and science journalism. After many years of editorial experience in local media such as Dolomiten, ff - Das Südtiroler Wochenmagazin, salto.bz, she works in the press office of the Free University of Bozen-Bolzano and creates content for various editorial products and TV reports. Holds a degree in business studies and a master's in journalism. 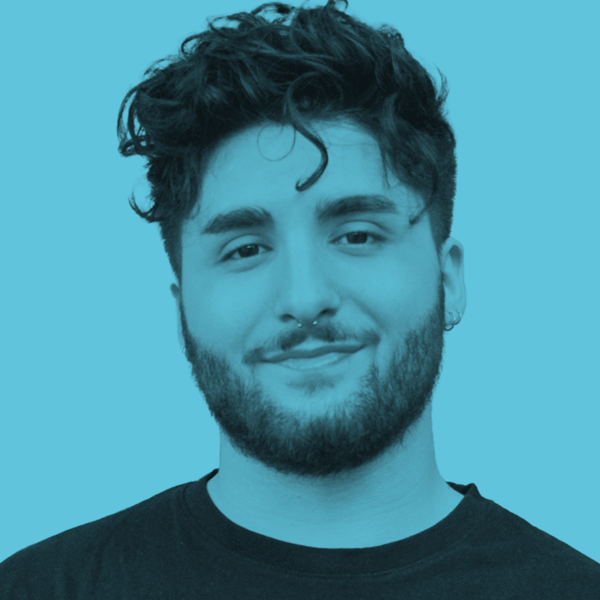 Content & social media specialist
Journalist, copywriter, specialised in Diversity & Inclusion communication. At Blum since 2021, he works as a press & media relations officer, social media manager and multimedia content creator. He is a freelance contributor also for the newspaper il mattino di Padova, and a consultant for companies and professionals for inclusive communication and digital accessibility. He has a degree in Philosophy. 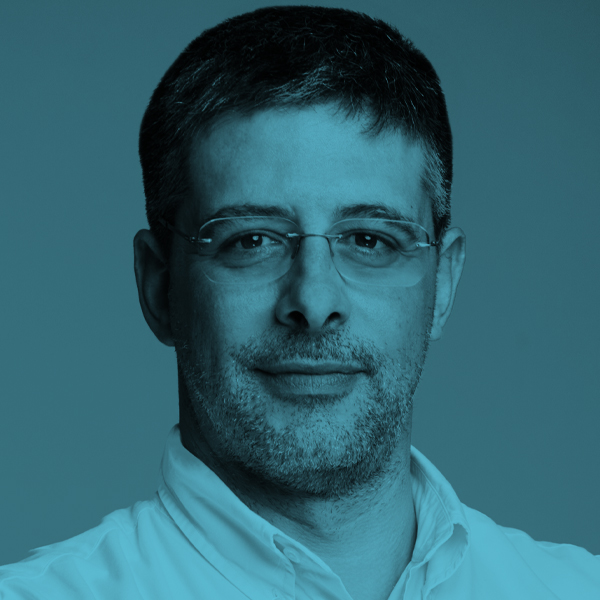 Graphics & operations strategist
Communication consultant specialized in graphic design. Since 1999 he has been involved in communication projects developing online and offline tools as well as organizing events. He collaborated to launch local projects and products of RCS and worked for 20 years with Fondazione Città della Speranza. 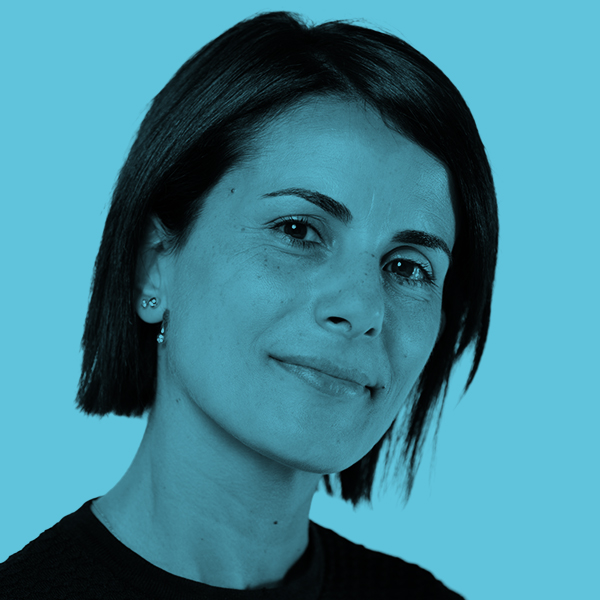 Lead generation & event strategist
Project Manager, coordinates projects and events and develops new business matching opportunities. For over ten years was a product manager of the Campania and Puglia editions of the Corriere del Mezzogiorno (RCS). She lives and works in Milan. Holds a degree in humanities. 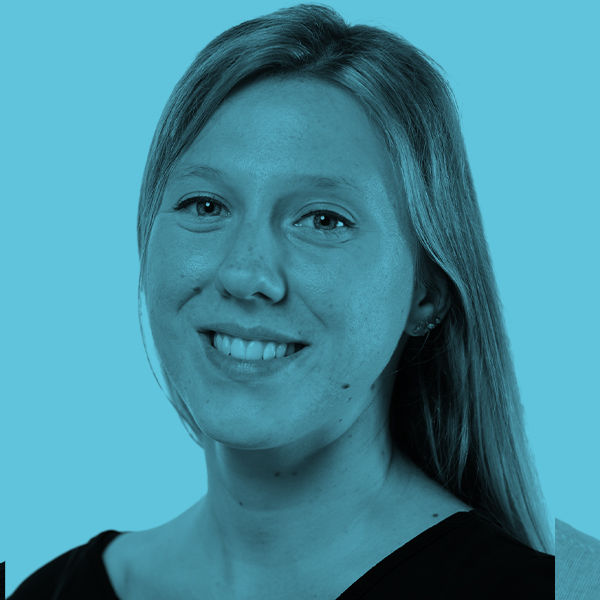 Lead generation & event specialist
At Blum since 2018, she scouts the entrepreneurial landscape for events connected to innovation, then takes care of their PR. Passionate about event management, cultural projects and storytelling. Holds a degree in languages, literature and modern culture and a master’s in creative development and management of cultural activities. 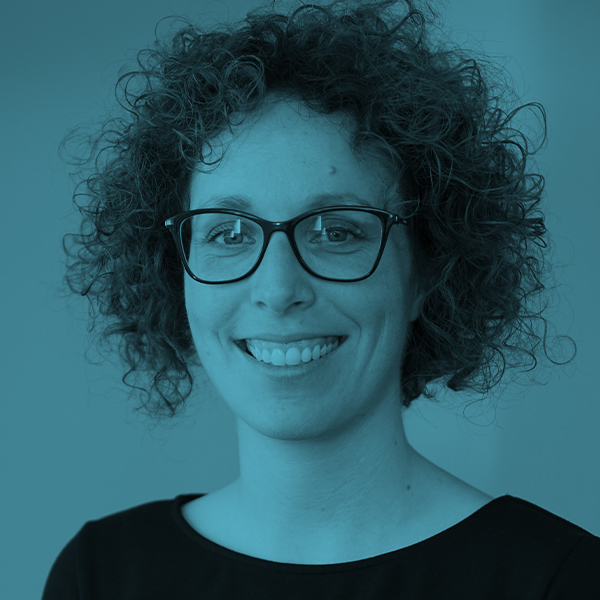 Administration & operations specialist
At Blum since 2019, mainly looks after the administrative aspects of the company and provides secretarial support to the newsroom and event organisers. Worked for twelve years in a travel agency in Padua. Holds an high school diploma of accountancy.

A selection of success stories that, thanks to our work, have become headlines 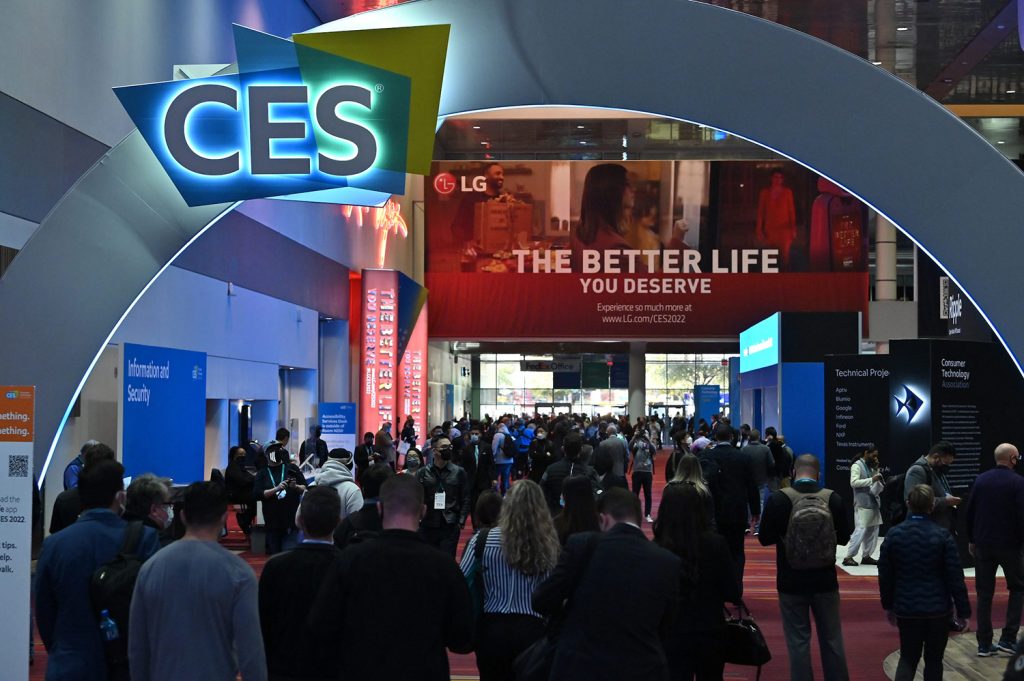 In partnership with Alberto Mattiello’s US-based digital agency, Blum will carry out PR and media outreach activities for the Italian Trade Agency (ITA) and the Italian exhibitors at CES® 2023 – the most influential tech event in the world, that will take place in Las Vegas, NV from January 5th to January 8th.

PR activities will channel media coverage on the Italian expedition at CES, highlighting the added value of ITA’s work in selecting the most interesting projects to represent the Italian innovation ecosystem at the most relevant showcase in the world – generating interest both in the Italian and the international media, while multiplying business opportunities for exhibitors.

CES is the gathering place for all who thrive on the business of consumer technologies. A high-level business event that touches all industries, it is the place where business gets done.

A platform for innovators of all sizes to build their brands, CES is where every major technology company on the planet participates in some way — by exhibiting, speaking, sponsoring, attending or holding business meetings.

Owned and produced by the Consumer Technology Association (CTA)®, CES features every aspect of the tech sector. CES 2023 will take place in person in Las Vegas, and digitally, Jan. 5-8, 2023.